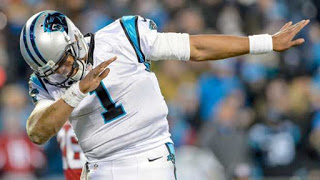 It has been said that the NFL quarterback is the single most important job in all of sports. If playing QB in the NFL is the most important job in sports then I feel evaluating and grading NFL QBs must be the second most important job.
There was a day when choosing your fantasy QB was serious. This was an important decision that you would live with the entire season. You couldn’t just stand around all night while all the good ones get taken and hope you are fortunate enough to have someone fall to you and you leave the party feeling lucky. This isn’t college and that’s not lucky, that’s sad. If you didn’t make a move for a top QB early then you were going to struggle. But with all the recent rule changes to help increase scoring almost every QB has value in today’s game.
Let’s take last year as an example…

The clear-cut #1 and #2 QBs in fantasy were Aaron Rodgers and Andrew Luck in everyone’s rankings. Too bad no one was looking at their putrid offensive line play. They both finished with disappointing seasons considering where they were drafted. And as for the player who finished #1 last year? That would be Cam Newton. Sounds logical today, he’s a stud! Looking back on where he was ranked and projected before last season started, his wide receiving core was the worst in the NFL and he wasn’t ranked higher than 10th. Most owners took him around 15thout of all the QBs. I took him in my wildly competitive auction draft league as the last QB drafted for $1, only to trade him away for Sam Bradford, the apple of my eye last year before the season started (I put my faith in Chip Kelly, Get Off My Back!!!). I even threw in TE, Jordan Cameron, to make the deal go through. What a moron! Lucky enough I was able to pick up guys like Blake Bortles and Kurt Cousins (Ranked 29thand 27thin last years rankings) and ride their play to a championship!

Out of the top tier QBs in my rankings, Tom Brady is the only one I would target. Due to his suspension, analysts have him being drafted anywhere from the 8th-10thQB taken. I do not hold his suspension against him very much at all since the position is so deep and a replacement for those 4 games can come cheap in 10 and 12 team leagues. If playing in deeper leagues, his suspension must be taken into consideration, but it wouldn’t drop him too far. He finished last year as the #2 QB in fantasy. He’s arguably the greatest QB to ever play the game. If he is falling and you find yourself choosing between him and your 3rdor 4thWR or RB I would take him. Sure you will waste a roster spot on another QB for the first 4 weeks but that shouldn’t cost you much and there are plenty of guys going late who could do just fine in those first 4 weeks. If you reach for Tom as the 6th– 8thQB off the board and after week 4 he puts up top 3 QB numbers then it will pay off over the season.
Remember, it’s a weekly game. If you draft a QB and he finishes in the top 10 that’s good, but if you draft 2 QBs and play the matchups the average points from the QB position could be far greater than just drafting a top 10 QB. This is why the last few years I have been successful streaming the QB position. You don’t have to find the best guy every week. You can pick against bad defenses. With the new Collective Bargaining Agreement teams aren’t allowed to hit in practice very much so tackling has become awful and defenses are at an all-time low right now. Find a guy starting against the Saints or Falcons or Cowboys or Colts or Giants or 49ers or Browns or Titans or… you get the picture??? If you do take a top tier QB I would recommend that you don’t waste another roster spot on a backup unless it’s a 2 QB league or your bench is abnormally deep.
Also, remember rule #1: draft players you love, but don’t “fall in love” with them until you see that they are worthy. Be willing to let them go if they aren’t preforming well enough. Last year many owners were excited to draft Peyton Manning. He has historically been one of the best QBs in football, so why wouldn’t he be an excellent choice? His age and previous injuries finally seemed to catch up with him and he struggled, leading the NFL in interceptions most of the season while also missing several games. He was not the Peyton I grew up watching. The biggest problem owners had was that because he is the great Peyton Manning they couldn’t bring themselves to drop him from their rosters until it was too late in the season. Don’t wait too long let go of dead weight; there are plenty of good QBs out there.
The final advice I will give for the quarterback position is to know your league’s scoring system. If they penalize turnovers then some of these guys will fall in the rankings. And if they don’t penalize them at all then these players will rise considerably. These QBs are Eli Manning, Andrew Luck, Blake Bortles, Tony Romo. If the league you are in rewards completions, there are a few QBs who would move up due to the volume of passes they are projected to throw and the style of offense they typically run: Matthew Stafford, Ryan Tannehill, Andy Dalton, Kurt Cousins. If your league is 4 points for passing TD instead of 6 points then I like Russell Wilson, Tyrod Taylor, and Jameis Winston to move up due to the amount of rushing yards and rushing TDs they get.
I ranked the QBs in the order of how I would take them if they all cost the same. This is a weekly game and I rank based on who I feel gives me the best chance to win the most weeks.
These rankings will be updated as training camps continue and we learn more about the offenses each team is running and each player’s situation. Good luck.
8/5/16
Gary Segars2016-08-09T16:38:00-05:00