Listen to Podcast 152 to get all of these picks and more reasons behind them:

Biggest Games of the Weekend (Straight Up) 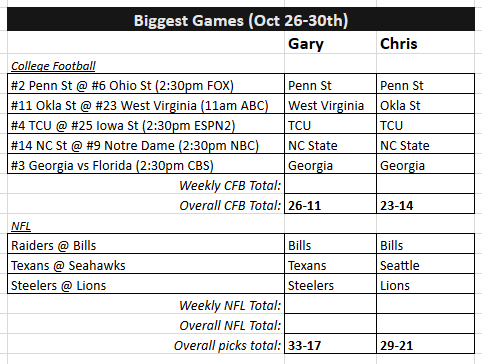 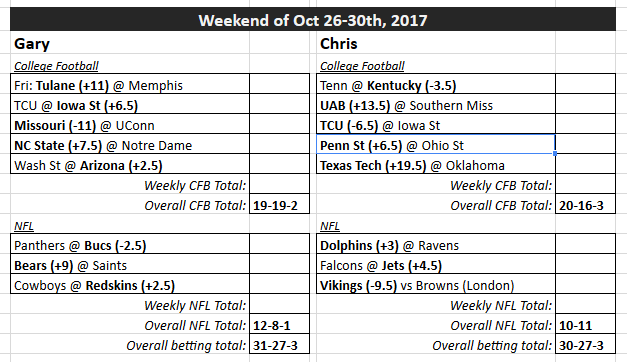