Listen to Podcast 164 to get all of these picks and more reasons behind them:

Since Chris & I started this website, people have been asking for advice. Usually, it’s what team to bet on this week. ‘You got Patriots or Steelers?’ ‘Chicago or Detroit?’ Let me tell you this. Where you’re betting is just as important as who you’re betting on. That’s why I always tell people to go to MyBookie.ag. Right now, you can use promo code WCE50 for a 50% deposit bonus.

They have the fastest payouts – seriously, just two business days – and that 100% deposit bonus is epic.  That means whatever you deposit, they’ll match it completely.  It’s no different from betting in a glitzy Las Vegas casino, but you can do it right from your smartphone. Trust me, go to MyBookie.ag to place your bets, and tell them we sent you by using promo code WCE50 to get that 50% deposit bonus.  Right off the bat, you’re making money for doing nothing. Get over there, and get the best odds anywhere!

Biggest Games of the Weekend (Straight Up) 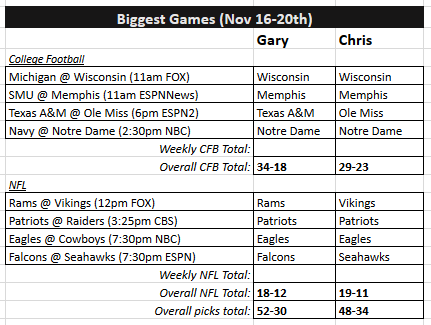 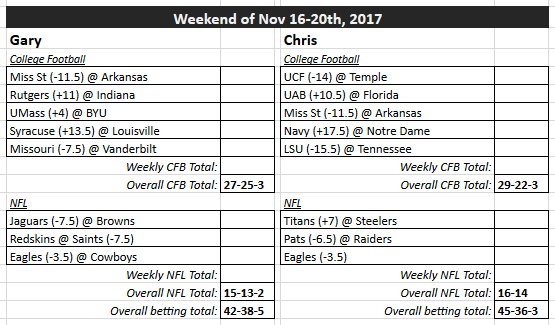