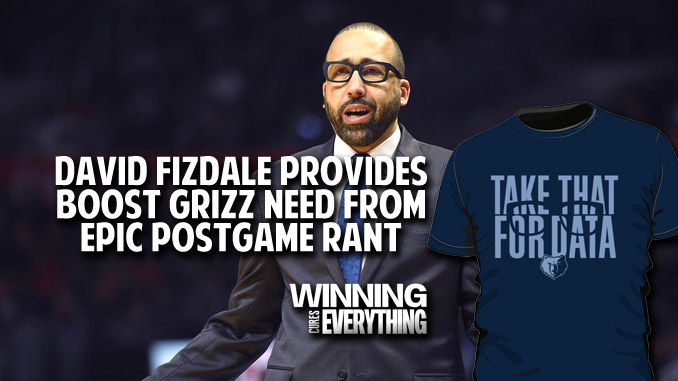 With Tony Allen out, Coach Fizz delivers exactly what the players & fans need.

The funny thing about the Memphis Grizzlies fanbase is that they have always known they’re underdogs.

Whether it’s against the worst teams in the NBA, or the best.  This group of players is older, not as athletic or as long as other teams, does not shoot very well, aren’t regarded as some of the best at their positions… but they play with a chip on their shoulder, they understand how to play defense, and they get the job done. 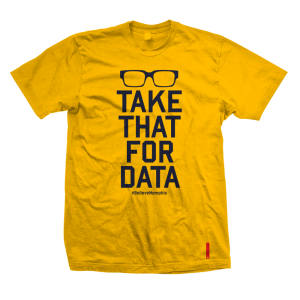 There are some seasons that just don’t go the way the players and fans in Memphis want it to go, like the last two seasons.  With an older roster comes injuries.  After last season’s mess, the team wanted to build towards the future, and a different style of ball, while still being themselves.  They couldn’t afford to sign Chandler Parsons and still keep a lot of fan favorites… so they could not sign Matt Barnes, or Mario Chalmers, or Courtney Lee – some were traded, others just took better pay in free agency.  Some of the younger pieces on this team have not been fully developed (Andrew Harrison, Wade Baldwin, Wayne Selden, etc), but they’re still expected to contribute.

This year, the fans and players knew a month ago that Chandler Parsons would not be reaching full health this season, and that he would be out for the rest of the season.

But during the last game of the season, watching Tony Allen limp off the floor just 5 minutes into a meaningless game, the air was let out of the majority of this fanbase.

“How do we beat San Antonio without our lockdown defender on Kawhi?”

While they still don’t have that answer… the Grizzlies did find a little motivation last night from a much better played second half, and a “flip-the-narrative” rant from Coach David Fizdale that the players and fans have jumped on.

The entire attitude of the entire fanbase and organization towards this series has completely changed from “there’s no way we can beat these guys” to “WE GOT SCREWED!” and the response on Thursday night, I expect, will be a fired up basketball team in the home whites, and an absolutely rabid fanbase that has hours to drink after work before filing into FedEx Forum (aka The Grindhouse).

If you wanna support the local Memphis t-shirt guys, buy these shirts before Thursday’s game in Memphis.  It’s a rally cry, for sure.