The NCAA Tournament selection committee meets this weekend to select the 36 at-large qualifiers.

There are 32 automatic qualifiers in the 68 team field.

According to the NCAA’s selection criteria, these are the factors included:

If you notice, the selection committee no longer factors in the last 10 games of the season, so teams like Alabama, who – if they lose to Texas A&M Thursday in the SEC Tournament – will be on a 6 game losing streak, including 5 Quadrant 1 losses and 1 Quadrant 2 loss, won’t be as affected by this.

I’ve created a formula that gives us an idea of how the committee will be looking at these teams.

Here is formula, if everything were weighted the exact same:

No, all of these things are not weighted the same when the committee meets up, because there is always going to be a human element to the selection.

But if they are weighted the same, this is what the formula would look like.

First off, let’s go through and see the initial rankings.  I’ve only ranked through #73, and for the automatic qualifiers in smaller conferences, I’ll be using the RPI to seed those teams.

Below is a list of the conferences whose tournament champions will receive an automatic berth into the NCAA tournament (teams in bold already earned a berth, teams in italics have won regular season title). 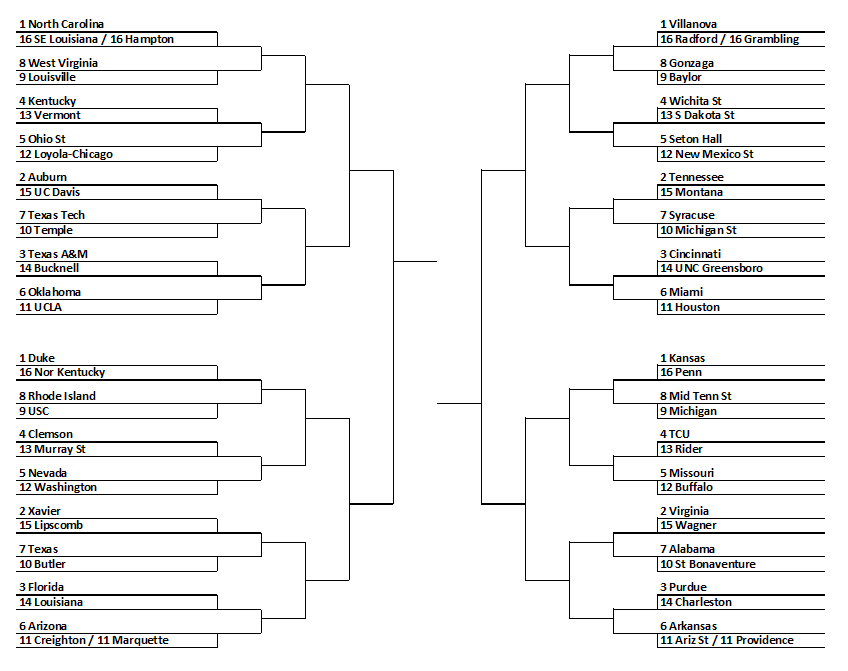 The biggest factor in these teams missing the NCAA Tournament is their putrid out-of-conference scheduling.

You can see their numbers in the formula ranking above.