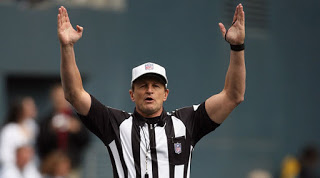 Tuesday will be the day we will cheer and celebrate the good of the previous week!  We will sing winning teams praises and highlight those who had outstanding performances.  I am going to love Tuesdays.

To start my first bold call of the season, the Houston Cougars, pulled off a nice upset not just winning the game out-right; but by dominating the bigger & more talented team from Oklahoma in ever phase of the game.  I was riding the Cougars before the season start and I’m not getting off this ride yet!  Coach Herman is legit, the players are fast, and look focused on crashing the playoff party!!!  I know its week 1 but I am not holding back my excitement until I’m given a reason…

Deadspin labeled Christian McCaffrey as the real life “Madden Glitch.”  I would like to second that opinion.  He is a play-making machine that just can’t be stopped!  A great performance in game 1 and with the weight of being the Heisman front-runner on his shoulders he doesn’t look to be slowing down this season.

Wisconsin lived the dream.  Every player, coach, and fan from the state of Wisconsin grew up in the shadows and glory of Lambeau field.  It is their holy land.  It is the one place in that state that is considered sacred.  And those people had an opportunity to play on that field.  They had the chance to sit in those stands and cheer on their biggest state institution.  The Badgers were a double-digit underdog to the LSU Tigers.  Someone forgot to tell them they weren’t suppose to win.  They played with all they had and when it mattered the most, they came up with the biggest play of the game.  Enjoy this moment.  There are very few school that even have an opportunity like that.

Nick Saban is a college football GOD.  Bama started the night off slow.  Their offense couldn’t find any rhythm and their defense while holding strong was giving up yardage and big plays.  They were bending, but definitely not breaking.  (That was the first half)  The second have was a completely different game.  The defense took over and the offense picked up on the momentum.  If they didn’t play well in the first half and still finished the game winning 52-6 the rest of college football better buckle the chinstraps because this team is on a mission.

Charley Strong and the Texas Longhorns might be back. He is an excellent coach and his players fought hard for him Sunday night in the barnburner against the Irish. That was the type of game Texas has blow in past years.  They never gave up; they never quit believing they could win.  In the best game of the weekend the Longhorns showed what college football is all about.  I will be rooting for Charley Strong and Texas this season.

There are plenty of the things to celebrate after this first week, but these are what stood out to me.  I hope everyone enjoyed the weekend.  Next week the Pros get to join the party.  That alone is reason to celebrate.