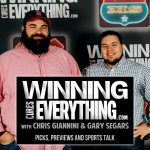 Gary and Chris reconvene for a little football talk for the first show together in March. The two discuss the following topics:- Florida vs Miami might be moved to Aug 24th- Nick Starkel is transferring from Texas A&M to Arkansas to compete with SMU grad transfer Ben Hicks- North Carolina QB Nathan Elliot is leaving UNC for Arkansas St... to be a graduate assistant … END_OF_DOCUMENT_TOKEN_TO_BE_REPLACED 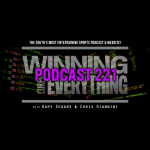 Our quiet offseason has blown up, and there are a ton of topics to hit on. Before all of the major topics are discussed, Gary and Chris welcome in former Georgia Bulldogs and Cleveland Browns WR Mohamed Massaquoi. The 3 hit on several topics: - his prosthetic hand (how he got it, how it works) - thoughts on Joe Thomas's retirement - how NFL draft night went for him, and his … END_OF_DOCUMENT_TOKEN_TO_BE_REPLACED 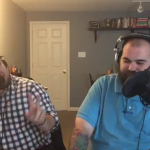 THE RETURN. Gary and Chris are back after a month off for the birth of Gary's first son. They open by discussing what happened with the birth, and why Gary's been absent for a month, then move into the topics of the day:- WARRIORS / CAVS - part 4 is set. Would you rather watch a 4 game sweep, with every game competitive, or 7 games of blowouts? Does Cleveland stand a … END_OF_DOCUMENT_TOKEN_TO_BE_REPLACED 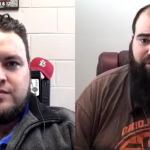 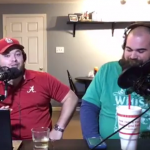 Gary and Chris are back after a week away, and Sunday night's podcast went longer than expected, so we've split it up into 2 parts. In part 2, the guys discuss the following:- WWE talk, including a week-late recap of Wrestlemania 34, how Vince McMahon keeps drawing viewers as he's hyping wrestlers the fans hate, Ronda Rousey's debut, HBO's Andre the Giant documentary, and … END_OF_DOCUMENT_TOKEN_TO_BE_REPLACED